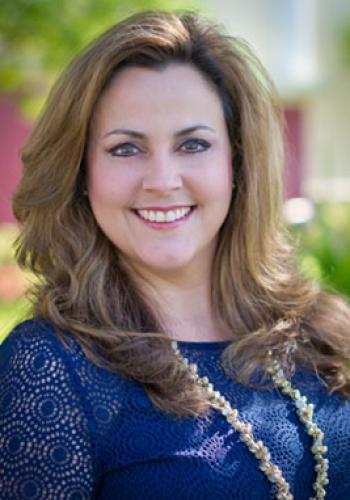 Vocal Technique Instructor
A favorite of South Florida audiences, mezzo-soprano Sonia Santiago is recognized for possessing a rich, lyric voice. She is an artist that is as much at home on the operatic stage as in the concert hall. In December of 1993, Ms. Santiago made a much-praised debut with the late conductor Anton Guadagno and the Palm Beach Opera, performing the role of Inez in Verdi’s Il Trovatore opposite famed soprano Katia Ricciarelli. A favorite of Maestro Guadagno and the company, she appeared regularly in such roles as Mercedes in Carmen, Cherubino in Le Nozze di Figaro, Hänsel in Hänsel and Gretel, Angelina in La Cenerentola, and Berta in Il Barbiere di Siviglia. Her performance as Suzuki in Puccini’s Madame Butterfly was praised by the Sun-Sentinel: “Sonia Santiago was a compelling Suzuki, with a ripe tone and beautifully nuanced phrasing.” She rejoined the company during its all-Verdi season in the roles of Emilia in Otello and Laura in Luisa Miller.
In 1995, Ms. Santiago made her European debut in the role of Cherubino in Le Nozze di Figaro, with numerous performances throughout Italy, France and Spain. A finalist in the Placido Domingo World Operalia Competition and a Regional Winner of the Metropolitan Opera National Council Auditions, Ms. Santiago is recipient of numerous awards for her singing.
Sonia Santiago is also distinguished as a music educator and voice instructor. She served as Director of Vocal Arts at The King’s Academy in West Palm Beach, Florida for twelve years. Her work enabled many students to be selected to the Florida All-State choirs and ACDA honor choirs. Her choirs consistently received Superior Ratings at the District and State levels in both middle school and high school. In 2017 the His People Concert Choir received the coveted Superior with Distinction from the Florida Vocal Association. Many of her students have gone on to very successful music careers as performers and educators.
Ms. Santiago maintains one of the most sought after private voice studios in South Florida. In 2018 she returned to Palm Beach Atlantic University where she previously taught from 1998 to 2006. She was a popular recruiter for the Department of Music and Fine Arts and was instrumental in helping to develop a respected voice program. She is well respected throughout the state of Florida as vocal clinician and adjudicator and holds membership in several professional music organizations including NAfME, FVA, ACDA, and NATS. Ms. Santiago is also an accomplished pianist. She enjoys accompanying her vocal students, choirs and ensembles throughout South Florida.
Born in Miami, Florida, Sonia Santiago is the daughter of Cuban immigrants and was the first in her family to receive a college education in the United States. She holds a Bachelor’s degree in Music Education from the University of Florida, and a Master’s degree in Vocal Performance from Florida State University. Sonia and her husband Felix call West Palm Beach home, where they reside with their three sons.
Back
Sponsored in part by the Cultural Council of Palm Beach County, the State of Florida, Department of State, Division of Arts and Culture and the Florida Council on Arts and Culture.