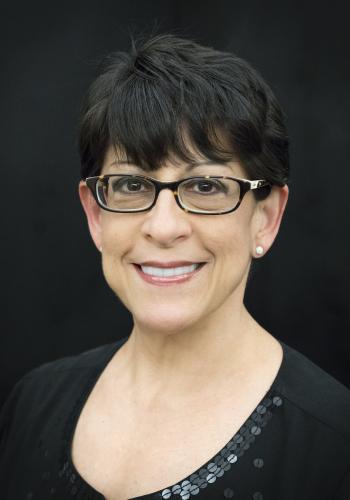 Founder, Conductor
Connie Drosakis, a product of Palm Beach County Schools, received her Bachelor and Master of Music Education/Choral Conducting degrees from Florida State University.  She was also the recipient of the Irving Cooper Memorial Scholarship in Choral Music Education at FSU.
Ms. Drosakis taught for fourteen years at Christa McAuliffe Middle School in Boynton Beach, Florida and recently retired after her twenty-second year as choral director of Bak Middle School of the Arts in West Palm Beach, Florida.

In 2002, Ms. Drosakis co-founded the Young Singers of the Palm Beaches, and has served our organization as a Conductor ever since.
Ms. Drosakis served as a Membership Chair for the Florida Chapter of the American Choral Directors Association for 8 years and assisted for many years as the Co-Coordinator of the Boys Honor Choir at the State Conference. In November of 2008, Ms Drosakis received the R. Wayne Hugoboom Distinguished Service Award from the Florida Chapter of ACDA for dedicated service, leadership and constant examples of excellence in Choral Music in Florida.
Ms. Drosakis is an active adjudicator and clinician for district and state evaluation festivals,  throughout Florida, Georgia, Alabama, Tennessee and Mississippi.  She has conducted Honor and All-State Choirs in Florida, Georgia, Alabama, Mississippi, North Carolina, South Carolina, Missouri and California.  Ms. Drosakis has served as FVA District 14 Chair, Treasurer and JH/Middle School Chair, assuming primary responsibility for the organization of All-State Choirs.
Her choirs have been invited to perform with the Florida Philharmonic Orchestra under the direction of James Judd, and in festival choruses under the direction of Doreen Rao, Henry Leck, Anton Armstrong, Sigrid Johnson, Jeffrey Benson and Tesfa Wondemagegnehu. Under Ms. Drosakis’ directorship, choruses from Bak Middle School of the Arts have received superior ratings for 21 consecutive years at the Florida Vocal Association’s Music Performance Assessments, with at least 2 choirs being named Choirs of Distinction every year since the award’s inception. In addition, her choruses have received high praise and several awards at middle and high school festivals and competitions both nationally and internationally.  In addition, choirs under direction have been invited to perform at American Choral Directors Association State, Division and National Conferences, including the 2002 and 2004 Southern Region Conferences and the 2001, 2007, 2011 and 2017 National Conferences.  Ms. Drosakis is Past-President of the American Choral Directors Association Southern Region.
Email Ms. Drosakis
Back
Sponsored in part by the Cultural Council for Palm Beach County, Palm Beach County Tourism and Development Council, Discover the Palm Beaches, The State of Florida: Division of Arts and Culture and the Florida Council on Arts and Culture.